Mission of the AMBER Alert Plan

The mission of the AMBER Alert Program is to develop and coordinate the efforts of law enforcement, the media, and transportation in order to increase public participation in safely recovering abducted children through targeted education, increased communication, and effective sharing of resources. 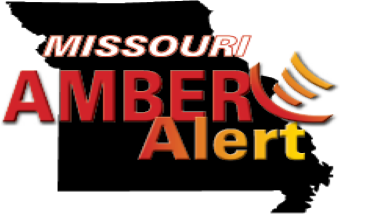 "Seventy four percent of children are kidnapped and later found murdered are killed within the first three hours after being taken..." -- University of Washington Study

The Missouri State Highway Patrol serves as the coordinating law enforcement agency in Missouri to alert the public of missing or abducted children. Inquiries or assistance concerning activation of an Amber Alert or a missing persons investigation should be directed to the Troop F Communications Center at (573) 751-1000.