The Ultimate Sacrifice - Killed In The Line Of Duty 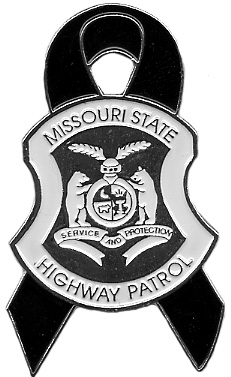 Since the Missouri State Highway Patrol's inception, 31 officers have made the ultimate sacrifice and given their lives in the line of duty. Click on a name in the list to the left to see a brief summary concerning the death of each of those 31 officers. In addition to the brief synopsis surrounding the events of each officer's death, there is a link on each officer's page that will take you to a more in-depth article about who they were.

We list these officers and their stories so we will never forget the sacrifices they made for the Patrol, the people of Missouri, and all who travel our highways. In addition to those killed while serving in Missouri, Trooper J.D. Ellis is listed. He is the only Missouri state trooper to be killed while serving his country during World War II.

The memorial pin, shown to the left, is worn by employees of the Patrol when an officer is killed in the line of duty or when they are attending the funeral of a law enforcement officer from another agency who has been killed in the line of duty. Uniformed members of the Missouri State Highway Patrol do not wear badges, and the memorial pin was adopted to allow our employees to show their support for law enforcement. 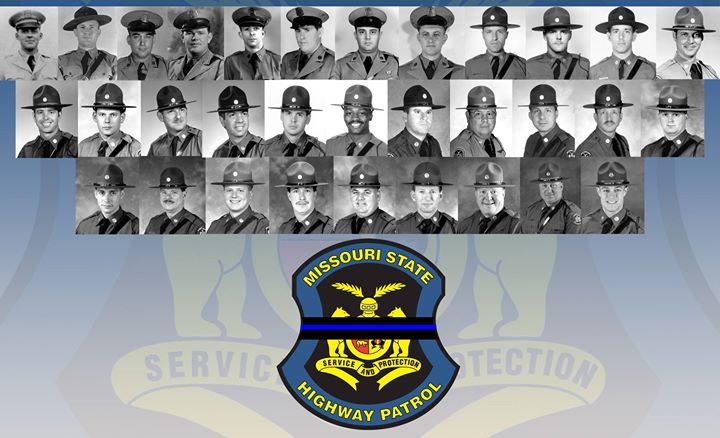